400asa was founded in 1998 by Samuel Schwarz, Lukas Bärfuss and Udo Israel. Today, the core group consists of Schwarz together with Meret Hottinger, Wanda Wylowa, Julian M. Grünthal, Michael Sauter, Simone Häberling, Simone Ryser and Silvan Groher. The independent company started out producing radio plays on a shoestring and soon won the prestigious Zurich Radio Foundation Radio Award with their “Röstiblitz” series recorded on minidisc. With the premiere of the low-budget theatre production “Italienische Nacht” the group issued their “Bekenntnis99” – a manifesto that, like that of the Danish Dogme filmmaking movement, laid down rules for a simpler and cheaper way of staging theatre. In 2000, 400asa won the ZKB Prize at the Zurich Theater Spektakel with their second theatre production “Medeää” (after Lars von Trier), before gaining mainstream media attention with “Affentheater” at Expo 02. Since 2010, the collective has increasingly been working on films and transmedia projects. Samuel Schwarz, who was born in Bern in 1971, received the Bern Film Prize in 2012 for the movie “Mary & Johnny”, an adaptation of Ödön von Horváth’s play “Kasimir und Karoline”. Since 2012 they have been developing the transmedia project “Der Polder”. 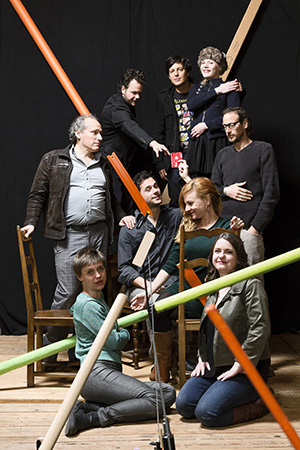 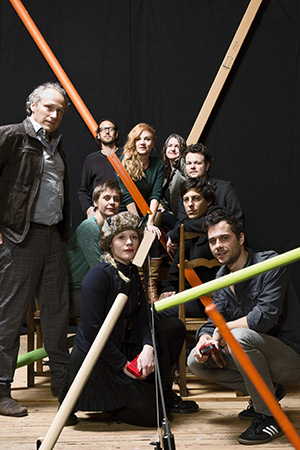 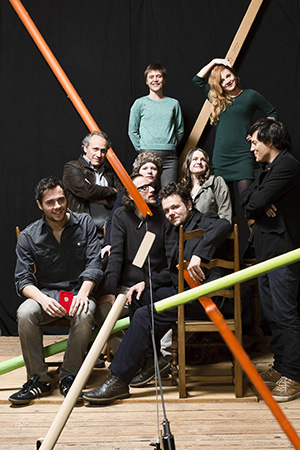 400asa experiment with new forms of narrative, expanding into public spaces that are just a bus ride away from being theatre stages. The 21st century has, they believe, brought with it a change in the role of theatre and its spectators: a contemporary redefinition in which the audience is actively involved in narrative processes. “Der Polder”, which blends the worlds of gaming, film and theatre, is recreated afresh at various locations. Fiction and reality merge in this ARG (augmented reality game), for which a film is also being produced. 400asa provoke and polarise, walking the line between intellectual research and new, popular performances.

“Uncompromising artistic aspirations, political combativeness and a degree of applied megalomania: these are the ingredients that have brought 400asa both fame and notoriety. But that should not blind us to the fact that they are a genuine artists’ collective, bringing literature and music practitioners together with thoroughbred actors in constantly changing formats. 400asa explore contemporary forms of storytelling with immense subtlety. They have always understood the power of narrative. The fact that they have received a Swiss Theatre Award while executing an ambitious film project is testament to their broader concept of theatre. Rejecting formal constraints, they produce serious works that are sensual, solemn and profoundly sensitive.”