A life with a panoramic view

Peter Knapp’s dedication to photography in general and his contribution to applied photography in particular since the 1960s mark him out as a key figure in the transformation of fashion imagery. Yet surely, he is much more than this.
In fact, we might ask: is Peter Knapp really a photographer; indeed, is he even a Swiss artist? He has undoubtedly been an enthusiastic and regular practitioner of typography, meticulously arranging his images across double-page spreads. His flatplans have found their way into museums and are held up as examples in art schools. In everything from posters and works on card to films, he has organised, trimmed, cut, and freed up space. Like his predecessors in a logical continuum that spans Müller-Brockmann, Miedinger, Ruder, Itten, Finsler and Frutiger, he has made simplicity and sobriety an article of faith. He has deployed typefaces with elegance and arranged images without effects, abjuring all Baroque flourishes. Emigrating to Paris in 1951, he pursued the tradition of Neue Sachlichkeit (New Objectivity) that he learnt at his school in Switzerland, devising a way of representing objects that eschews artifice and an imagery that combines functionalism, minimalism and universalism.
So it seems everything is as clear as the blue sky of an Alpine morning, serene as a temple devoid of ornament and imbued with virginal purity!
But it’s not so straightforward, living in Paris, France, the “24th canton”. In a country that rejects authority, Peter Knapp resorts to cunning. He breaks with the radically purist tradition of repudiating unconventional constructions. Imposing a subtle sensuality on lines and diagonals, he disrupts the criteria of design and photography. He is a constant source of chance events. He uses, misuses and amuses himself with everything that culture values. He accepts no limitations: women take flight as their bodies break free. Geometry is paralysis. Meaning escapes from the image like an onomatopoeia while words run across the pages, playing with the illustrations, exchanging meanings as they relish their freedom. 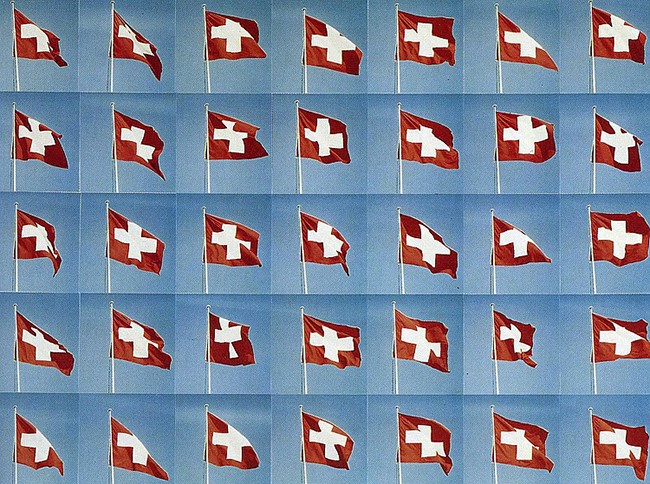 It isn’t easy to keep things simple and avoid boredom or excess in 1960s and 1970s France. For audience and author alike, the work functions because it is pure life and an invitation to liberty. Peter Knapp views as others do; he never tires of seeing everything. This visual ogre, this Cyclops with panoramic vision, has a particular gift. A generous autodidact? Unquestionably. Skilful and diplomatic? Certainly. But those qualities would mean nothing if the man himself were not endowed with the rare and precious traits of sincerity and fidelity. There is, seemingly, not a single image, page or book that is not a homage to his friends: amidst his vast repertoire, we find drawings by Steinlein and van Gogh, paintings by Tàpies, César’s “Thumb” and photographs by Bruno Suter. He tinkers with wood, steel and plastic in the manner of Tinguely. He sculpts Nicole de Lamargé. With Courrèges, he reinvents Le Corbusier. In Basel, he entertains himself with Littman’s whims. He frequently draws on poets, creators of all kinds, people who have imagination and are never content with the familiar: Hélène Lazareff, who shows him the way; Pierre Restany, whom he listens to and understands... Not to mention the films he has seen and critiqued, the novels devoured on planes, the memories accumulated, and Christine... Peter Knapp creates elective affinities that map out the mental landscape of an entire generation. His work’s spirit resides in the instant approval of his audience.
Peter Knapp needs more than one life. The ones that he has lived so far have given him the chance to break free from rigid frameworks and state his opinions freely. In terms of style, he has found the perfect tone or timbre for each period through which he has lived. The social movement of 1968 forced open the gates and Peter Knapp transposed it all to the screen, his works and his posters. He was not alone, but he helped to shake off the bonds of sexism and racism. Each project is a renewed affirmation of sovereign liberty, because we cannot be indifferent to the world and retreat into self-absorption. Peter Knapp enables young people – the generations of assistants and students that he has torn away from normality – to participate in his investigations. And then there is his urge to share, to impart knowledge to young people who will be responsible for enabling ageless practices to endure. For a use of the word and the image that exudes craftsmanship.
The creative moment is the extension of his own hand, drawing a line, erasing, scratching out, tearing up, shaking and throwing into the waste-paper basket.
The work’s paradox lies in the articulation between the personal gesture and the industrialisation of processes. Knapp makes modernity’s contradictions his own. His works are impervious to vulgarity and create spaces for the possible. Light and dark come face to face; the serial appears opposite the unique – yet neither excludes the other. What we have here, then, is a timeless body of work in which replica and original blur into one another, and excess gives way to emptiness. Perspectives and overblown effects of volume disappear, and new meaning emerges.
Amidst the blue of the sky, Peter Knapp is contemplating the abyss. In it, he sees his father’s hand, the trees, the haystacks and the vines. For a man who has remained true to the mountains, snow and forests underscore that the time of illusion is not the time of the image. The tenacious will of a tree or a pebble, the aesthetic of imperfection, the nothingness, all resists ubiquitous vanity.
In his devotion to his medium, Peter Knapp has sought to shed light. His is a meditation, a joyous and lucid reflection on the elements of the real and their fateful appearance: a crossing of the boundary between matter and desire; an overcoming of the unbearably quotidian through imagery.