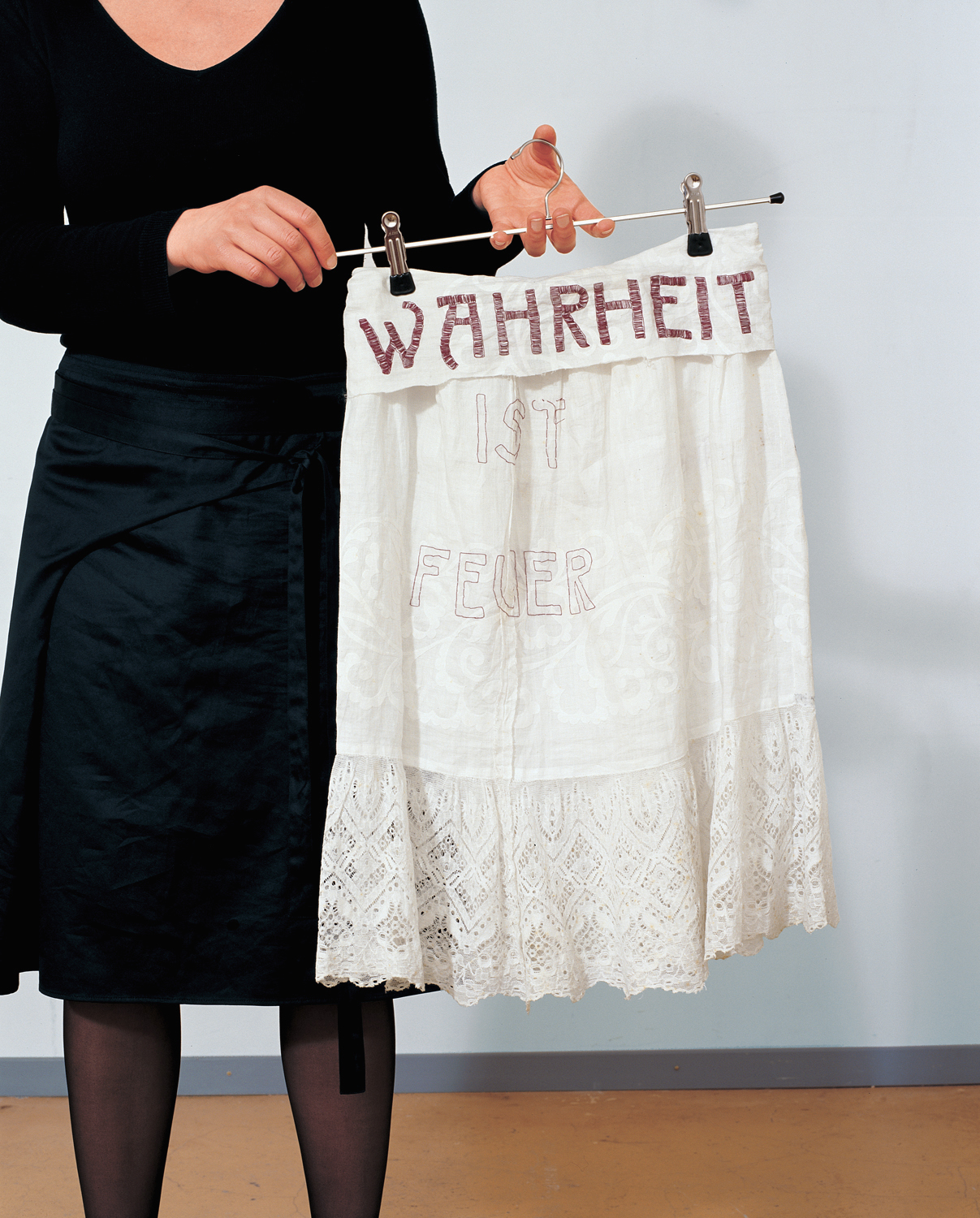 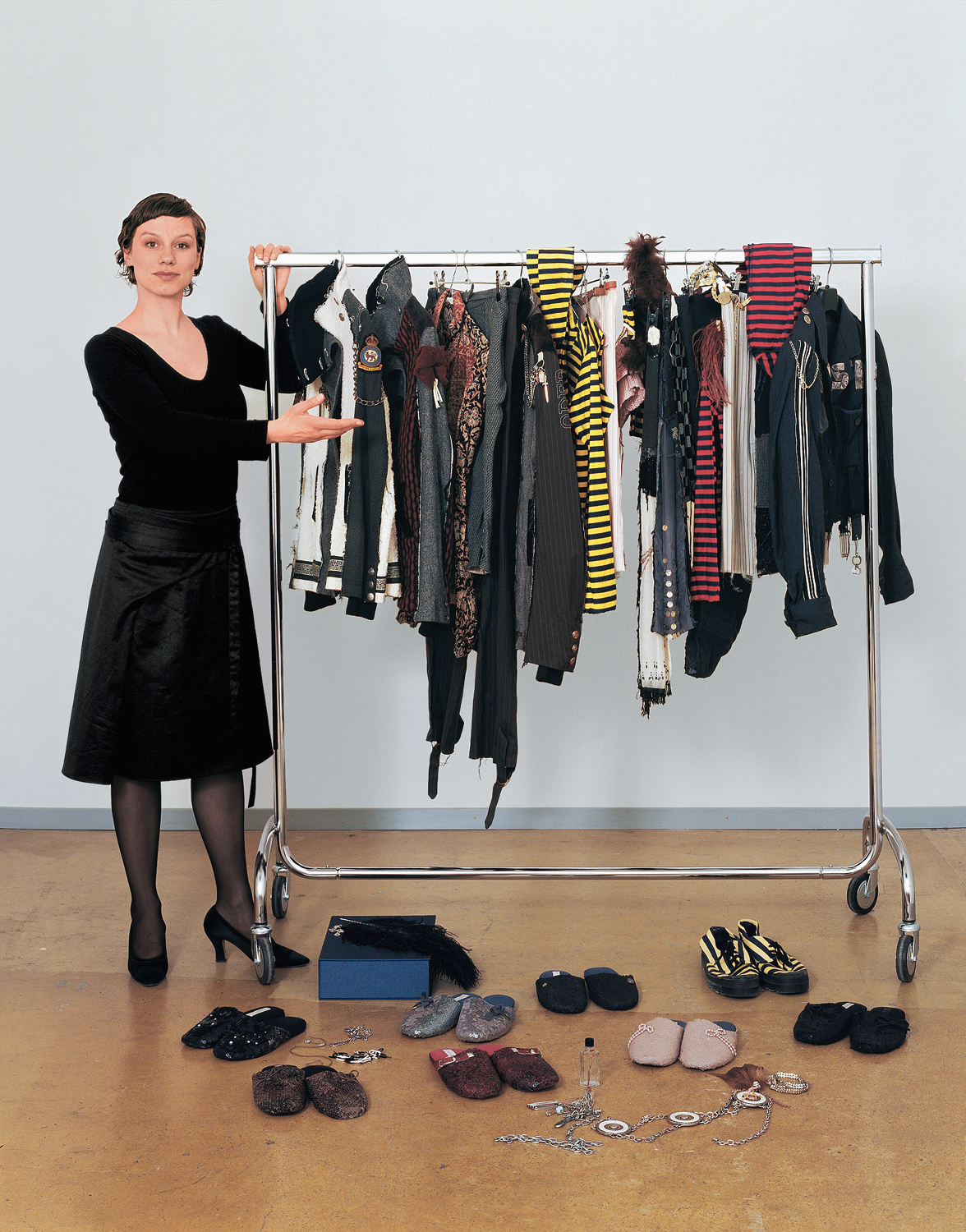 A fashion collection with eight outfits

Inspired by Arthur Schnitzler's ‘Anatol', the eight outfits of the ‘KSW - Kleben Sägen Weben gegen den Ungeist' (pasting sawing weaving against the demon) express themes of this transitional period in the 1910s. With her unmistakeable handwriting, Lela Scherrer combines new and already used fabrics with the most varied textures and characters (feminine and masculine) and cleverly emphasises the contrasts through the application of sequins and beads. By using a striped cotton material with an ‘androgynous' effect, she skilfully smudges limits that have just been set. Not only the names of the outfits, ‘episode-pants', ‘destiny-dress', ‘his-jacket-for-her', ‘memorial-top' and ‘farewell-skirt', are reminiscent of the era, which also heralded a new definition of gender roles. Again and again one finds sewn-on words or pinned-on old buttons, chains, medals and pins, a wealth of objects charged with significance, which are able to awaken specific associations surrounded by memories. The Jury is impressed by this carefully thought out complexity, which is skilfully able to transport an era into the present, and which awards a collection by Lela Scherrer for the third time in succession.