Thom Luz was born in Zurich in 1982 and studied drama at the city’s University of Music and Theatre (now ZHdK). His directing début “Patience Camp”, which was performed at the Treibstoff Theatertage Basel in 2007, was chosen to appear at Festival Theaterformen in Hanover in 2009. “Archiv des Unvollständigen”, an “evening of spoken music” created with the author Laura de Weck, was performed at the Mülheimer Theatertage, the Authors’ Days at the Deutsches Theater Berlin, and the Heidelberger Stückemarkt in 2014. That same year, the professional magazine “Theater heute” named him Young Director of the Year. Thom Luz has been resident director at the Theater Basel since the 2015–16 season. Three of his productions have already been selected to appear at the Berlin Theatertreffen: “Atlas der abgelegenen Inseln” (2015), created at the Staatstheater Hanover; “Traurige Zauberer” (2017) from the Staatstheater Mainz; and, in 2019, “Girl From The Fog Machine Factory” (2018), a production by Thom Luz and Bernetta Theaterproduktionen in conjunction with Gessnerallee in Zurich, Théâtre Vidy-Lausanne, Kaserne Basel, Internationales Sommerfestival Kampnagel (Hamburg), Theater Chur and Südpol Lucerne. 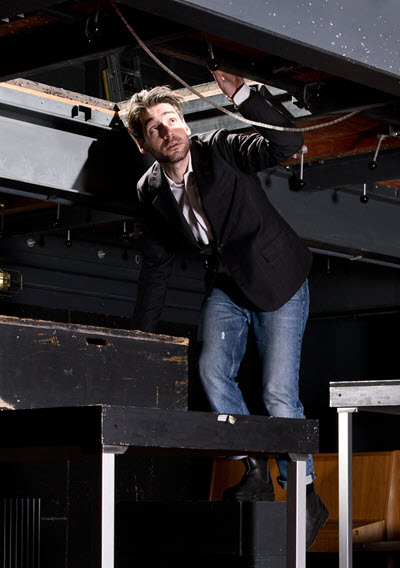 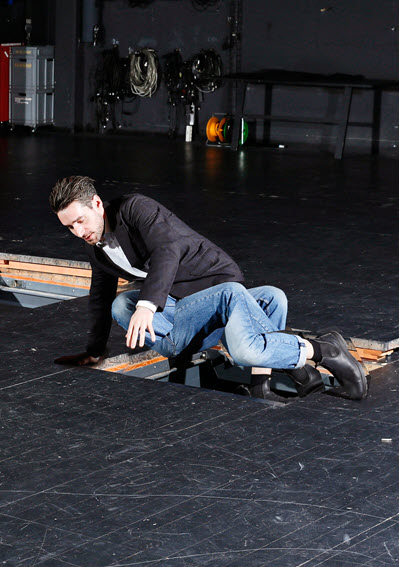 Thom Luz produces both in the independent scene and at city theatres in Switzerland, Germany and France. His evening of ghost music, “When I Die”, which was created in 2013 at his home theatre in Gessnerallee, premièred at the Spielart Festival in Munich and has since toured around the world, visiting cities including Berlin, Jerusalem, Lausanne, Mainz, Marseilles, Montpellier, Paris, Reykjavik, Rotterdam, Strasbourg, Tampere and Zurich. In Basel he has staged classics such as “The Sorrows of Young Werther” (2013), “The Magic Mountain” (2015) and “Leonce and Lena” (2017). 2015’s “LSD – My Problem Child” saw him embark on the trail of Basel chemist Albert Hofmann. Works created at the Deutsches Theater Berlin include “Der Mensch erscheint im Holozän” (2016) and Thomas Bernhard’s “Alte Meister” (2018). He counts Christoph Marthaler and Ruedi Häusermann among his major influences. But Thom Luz creates his own style of sound theatre, in which he transforms the stage into a playground of audio dramatisations using his skills as a director and stage designer. “Atlas der abgelegenen Inseln” (2015) and “Der Mensch erscheint im Holozän” (2018) have also been turned into radio plays, while “Unusual Weather Phenomena Machine” (2016) has been produced as an exhibition.

“A single searchlight and an old mirror reflecting the cone of light into the darkness: that’s all it takes for Thom Luz to dazzle his audience. His is a theatre of ephemeral phenomena and, as such, one that enables us to experience time itself. It is inhabited by spirits, mists, flickering candles and recurrent, mesmerising music. This is a theatre that conjures nimble-footed magic from the cumbersome stage machinery and old-fashioned piano. In these productions, humans are invariably seeking something to cling on to amid the transitoriness of life. Luz succeeds in transforming this fundamentally troubling state into one of breezy nonchalance. For that we are grateful to him.”