Dominic Huber was born in Männedorf, canton of Zurich, in 1972. After studying architecture at ETH Zurich he set up blendwerk GmbH together with Christa Wenger in 1999. Since then he has worked as a stage designer and director in independent formations and at established theatres (including Gessnerallee Zürich, the Théâtre Vidy-Lausanne, Schauspielhaus Zürich, Theater Basel, Münchner Kammerspiele, Schauspielhaus Hamburg and Maxim Gorki Theater Berlin). He also creates installations and exhibitions, for example as head of the art department working on “Strangers in Paradise” at the Swiss Expo.02, and for Cabaret Voltaire in Zurich, the Humboldt LAB in Berlin-Dahlem and the Berliner Festspiele. In 2009 he was granted a three-month working scholarship in New York City by the City of Zurich. 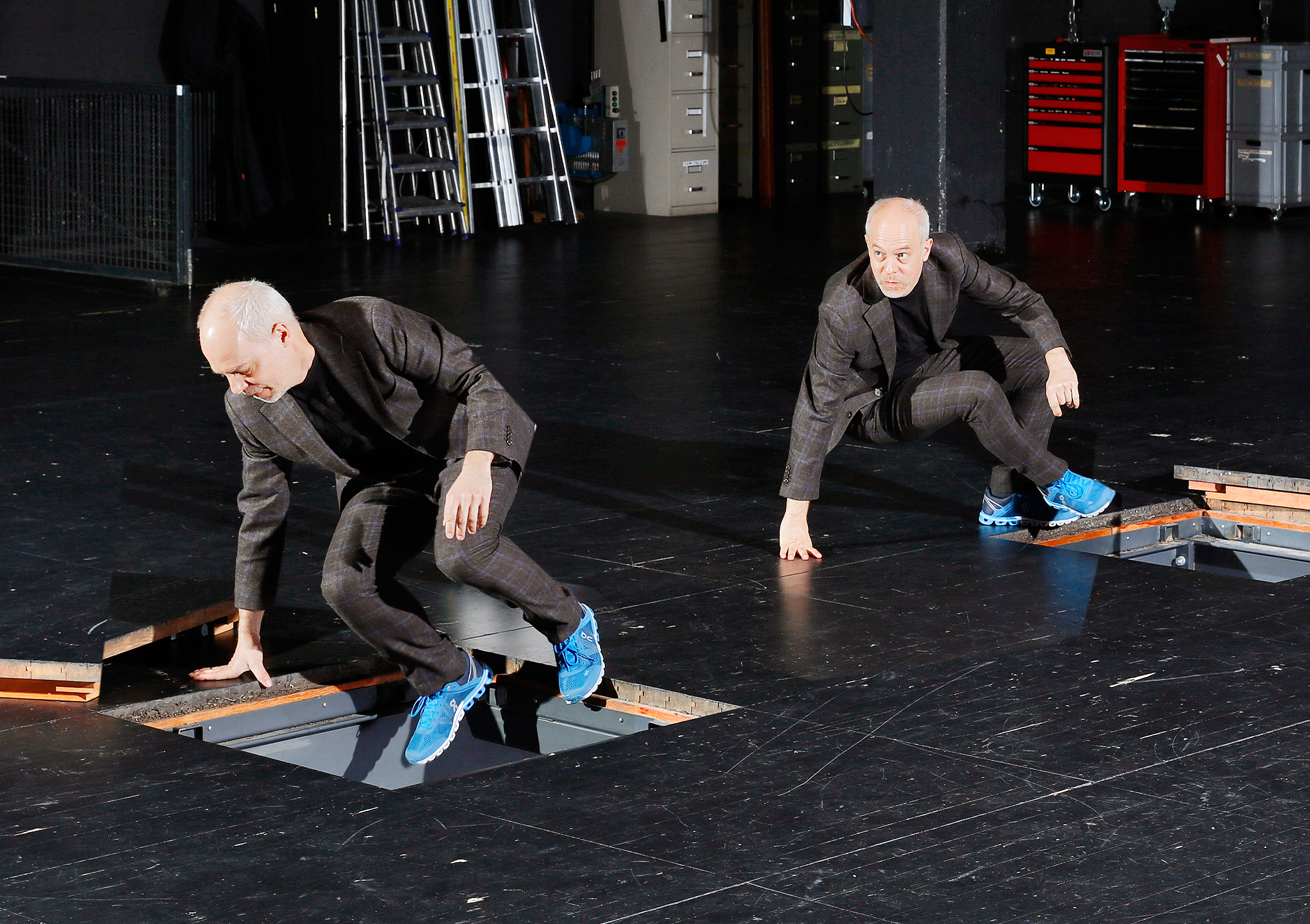 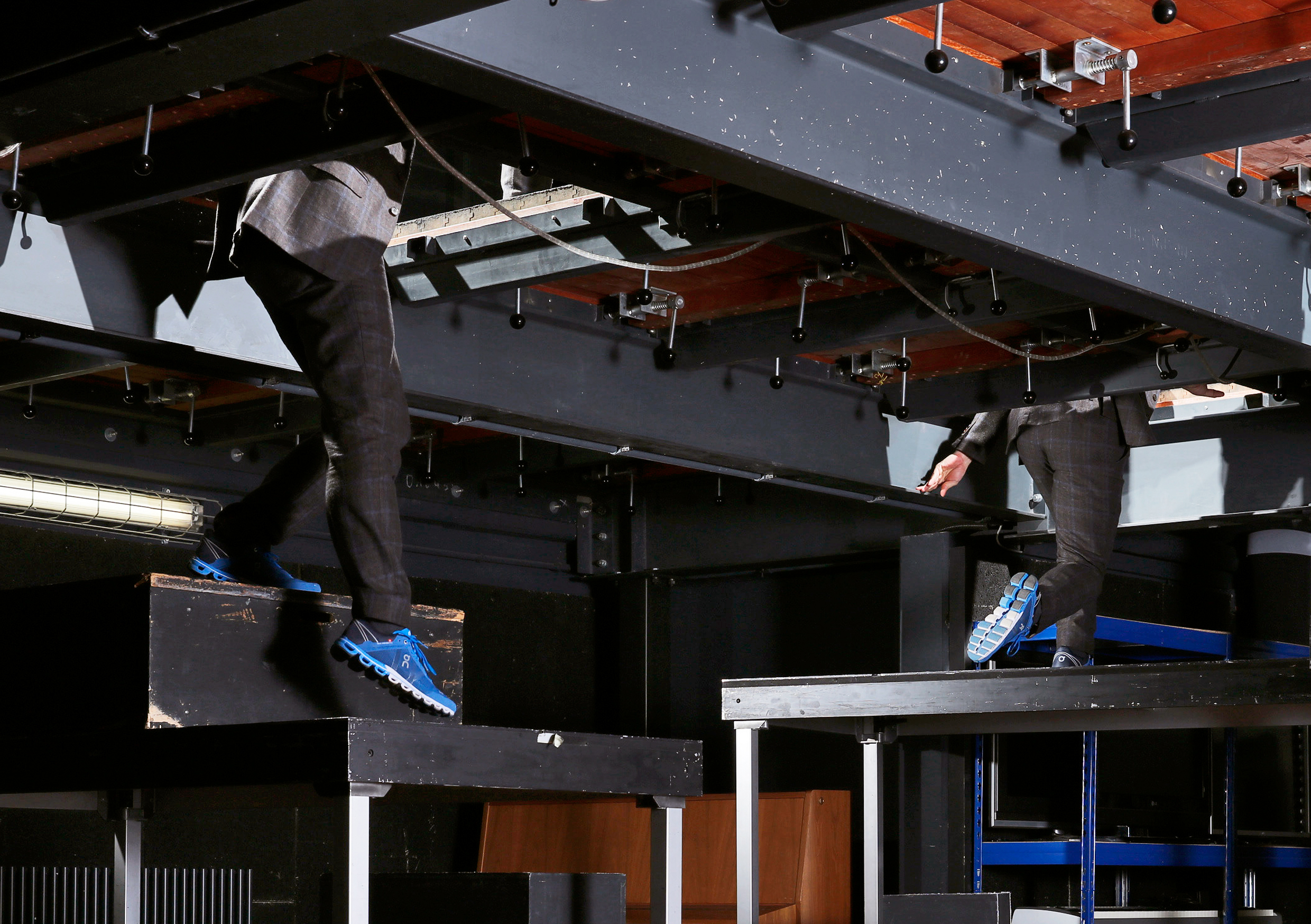 Dominic Huber’s first production as a director was “Koppstoff nach Feridun Zaimoglu” (2002) at the Maxim Gorki Theater in Berlin. He created a series of immersive theatre projects with Bernhard Mikeska in Zurich. In 2010 he staged the theatre installation “Hotel Savoy” at the Goethe Institute on 5th Avenue in New York, and subsequently travelled to venues including HAU in Berlin and Gessnerallee Zürich with “Waiting for the Barbarians” and “Forever Yours”. “House”, a site-specific installation involving the people actually living in a residential building, has been shown in numerous cities from Buenos Aires to Jerusalem. Since 2008 he has been working closely with Stefan Kaegi and Rimini Protokoll on productions including 2013’s “Situation Rooms” for the Ruhrtriennale, which was staged at the Berlin Theatertreffen, received the Japan Media Excellence Award, and has since toured worldwide. Dominic Huber has a long-standing working relationship with Sebastian Nübling, Lola Arias and Toshiki Okada. He worked with Stefan Kaegi to develop “Nachlass – Pièces sans personnes” (2016) at the Théâtre Vidy, an immersive eight-room installation in which eight people with various motivations tell of their demise and legacy. Dominic Huber’s spaces open up new zones of the performative. They change with the passing of time, coming into being only through the movement and experience of the individual or groups. In a kind of augmented reality, his spatial scenarios expand the realm of sensory experience and experience of reality.

“For all the diversity of the spaces that Dominic Huber creates, they have one thing in common: they are aimed at the whole body of those who temporarily inhabit them. We, the viewers, are those inhabitants; yet for all that, we are never just spectators. What we are offered here is nothing less than ‘vertiginous attractions’ – spaces that upset our sense of balance, baffle our senses and, from multiple perspectives and with profuse details, upend the seemingly familiar. Dominic Huber’s spaces are narratives and events, they are calculated processes and open games selections; and they are always an invitation to embrace confusion.”