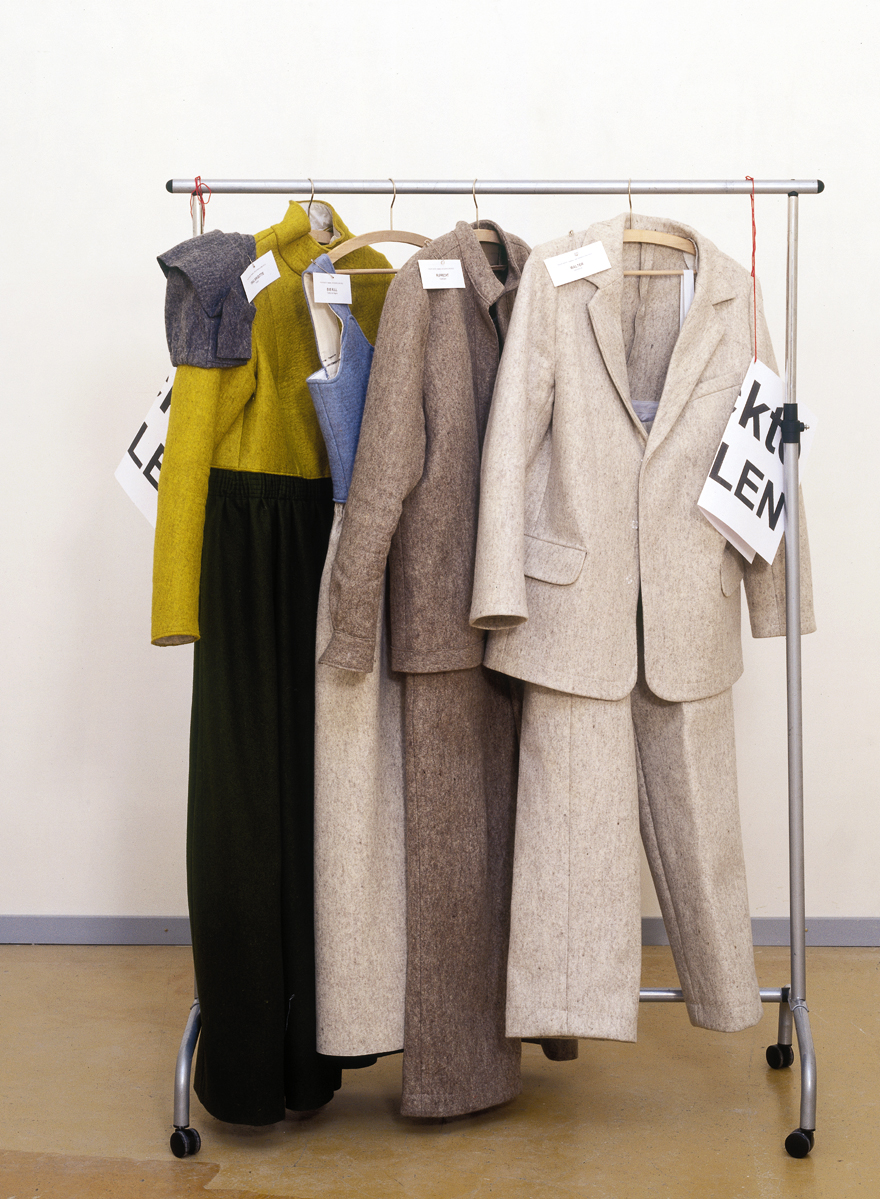 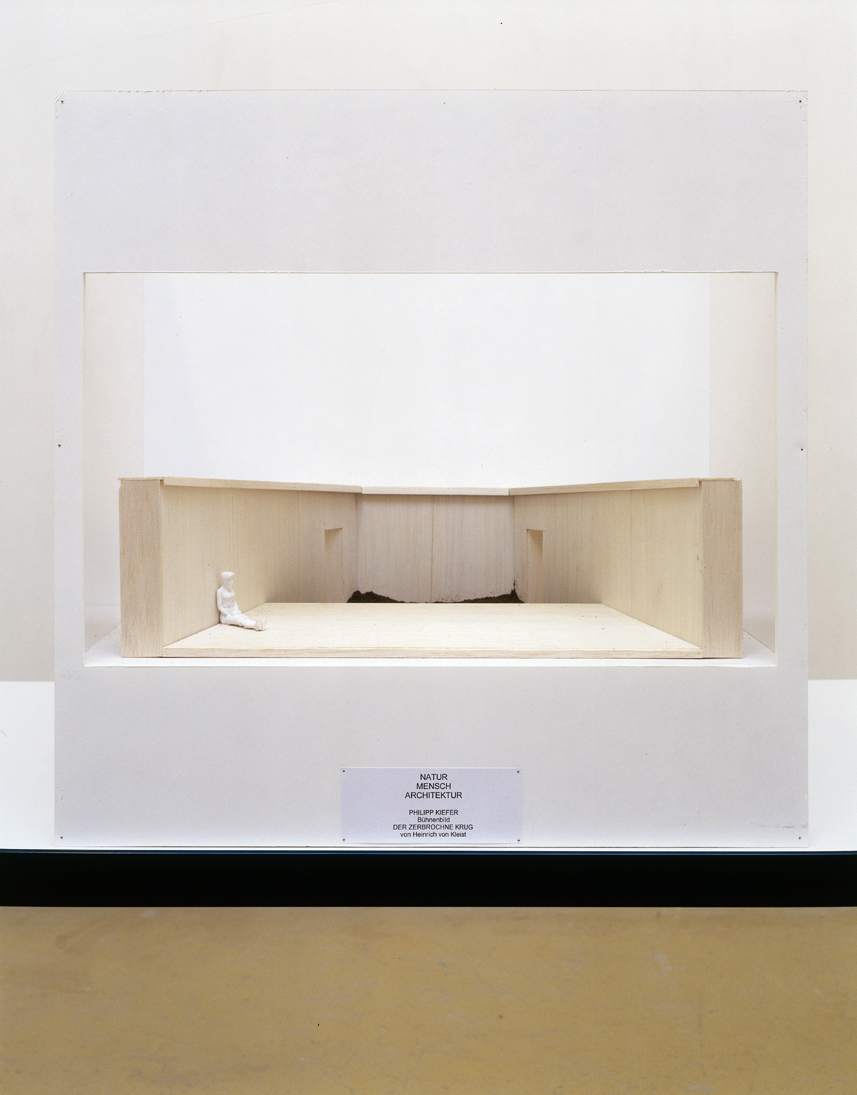 The set for Heinrich von Kleist's comedy 'Der Zerbrochene Krug' ('The Broken Jug') includes interior and exterior areas within its scenic architecture. It consists of a space with a tapering perspective, structured like a peepshow. The simple, reduced stage structure makes for an extremely concentrated playing area, with the space clearly divided into two levels horizontally. Philipp Kiefer skilfully exploits this abstracted spatial situation by making the horizon into a rope, visually, the leading character into a tightrope walker. Thus the interior symbolizes the situation of the judge Adam, who is increasingly driven into a corner: it becomes a trap for him, a grave that he has dug for himself. The visible space reflects the inner world of the person very impressively, and functions as a convincing metaphor of his state of mind. The solid, clean-cut costumes are made of felt. They are rigid envelopes that considerably restrict the characters' room for manoeuvre and thus express great inhibition.