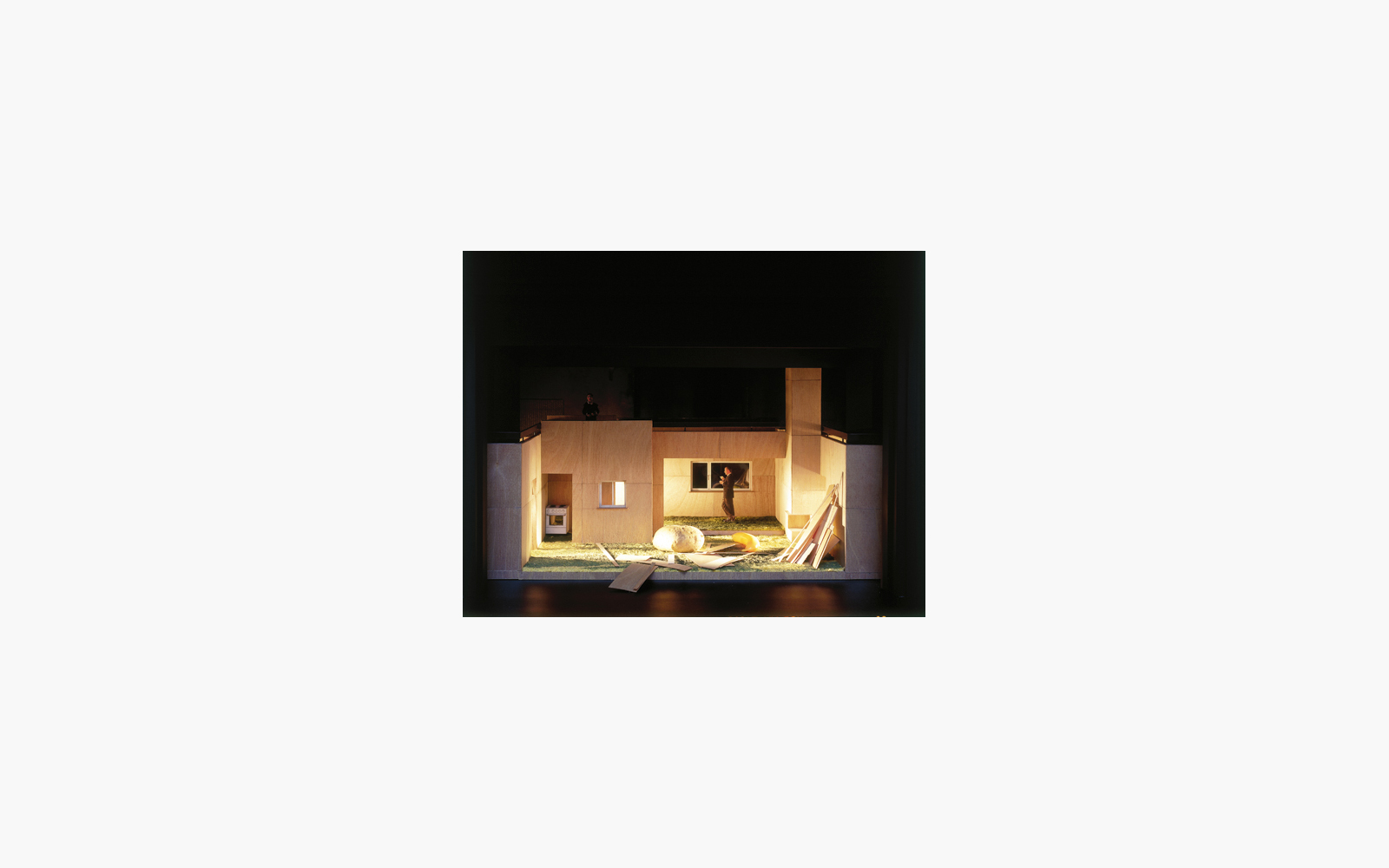 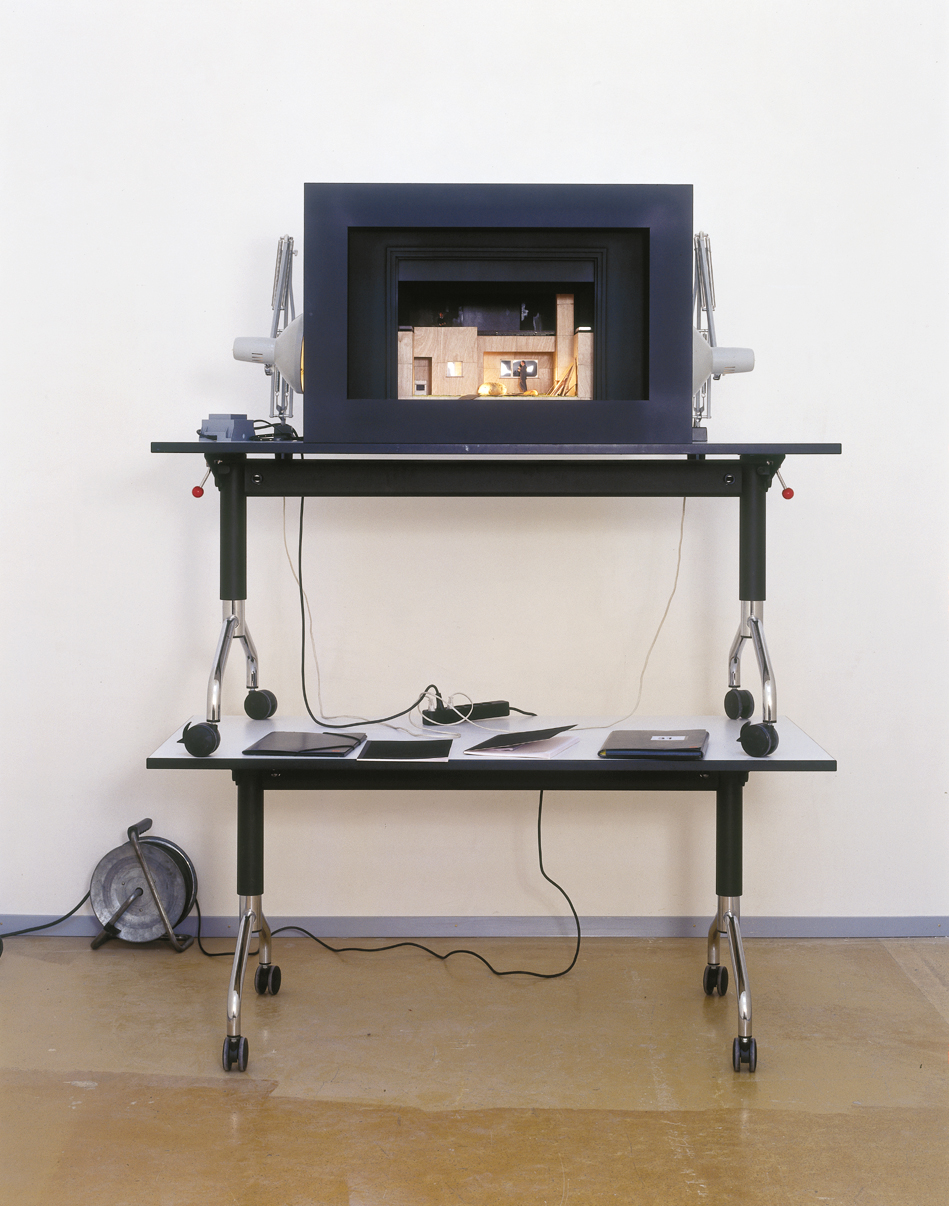 For the second time, Alain Rappaport has submitted a stage set that the jury have singled out for a prize. It is an appropriate space devised for the play 'Wilhelm Tell', and consists of simple timber architecture that takes up only half the stage horizontally, defining an interior with cubic wall elements that protrude and are recessed. Apart from a small cooking niche with a cooking stove, the interior is determined by a larger-than-life potato and a cervelat sausage, and there are wooden planks leaning on the walls and spread around the floor. A stylized Swiss living space is skilfully used here as a vessel for thoughts and also as the place in which the actors play out this piece of Swiss history. A continuous carpet of grass, symbolizing Rütli, forms the ground for this action both indoors and outdoors. Alain Rappaport deploys his precisely chosen materials and an ironic eye to translate and satirize this national drama in a challenging and reflective way.