A nomad between artistic languages

Yan Duyvendak was born in the Netherlands in 1965. He studied at the École cantonale d’art du Valais and the École supérieure d’art visuel in Geneva and, after spending time abroad in Barcelona, Berlin and Marseilles, is now back living in Geneva. He began his career as a performance artist in 1995 with “Keep It Fun For Yourself”: a solo, which he still performs to this day, in which he ironically questions the role of the artist through songs on the subject. Since then he has produced countless works in every conceivable genre and “language”, using the media of performance, installation, photo or video, depending on the theme. Yan Duyvendak and his company are supported by the City and Canton of Geneva and the Swiss Arts Council Pro Helvetia under the terms of a promotion agreement. Marine Magnin, Judith Martin and Charlotte Terrapon take care of management, production, communication and international development. In addition to regular residences in theatres and art museums, he has received three studio residences from Pro Helvetia in Cairo (2007, 2008, 2009). These led to the collaboration with Omar Ghayatt and “Still in Paradise”. At the Haute École d’Art et de Design (HEAD) in Geneva Yan Duyvendak worked with Maria La Ribot to develop the “art/action” programme, which he directed from 2004 to 2014. He received Swiss Art Awards in three successive years (2003, 2004, 2005). In 2010 he was honoured with the Prix Meret Oppenheim, the principal visual arts award presented by the FOC. 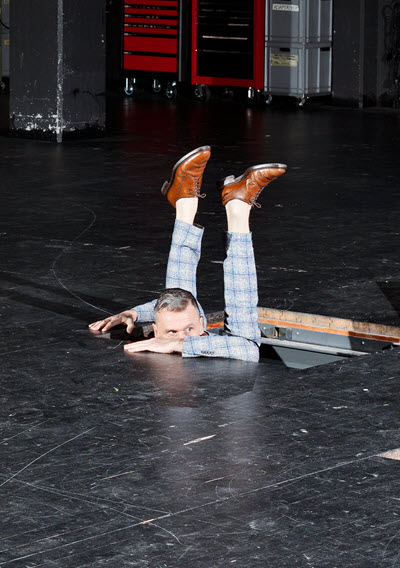 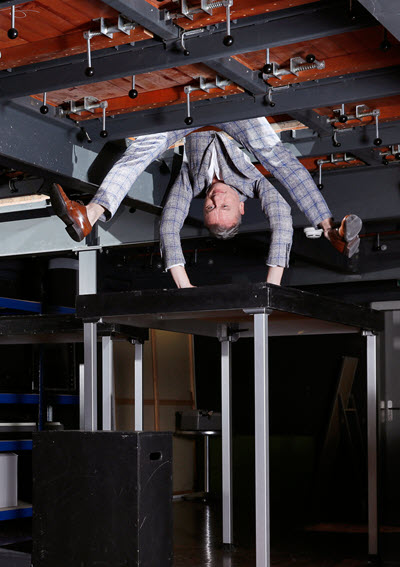 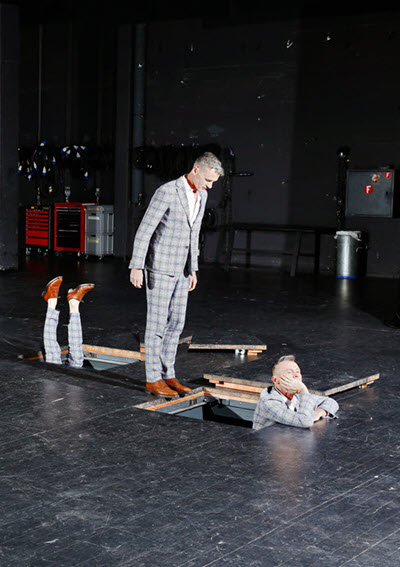 Yan Duyvendak uses the expressive resources of the visual and performing arts to explore social and cultural phenomena. He is also fascinated by popular forms of culture such as computer games, video, variety and musicals. “Une soirée pour nous” (1999) is about channel-hopping, “Game Over!” (2001) features a character from a video game, while “Self-service” (2003) consists of a dialogue with cameras and a monitor in a room. With his experimental forms Duyvendak reaches an extraordinarily wide audience in both French- and German-speaking Switzerland, and also tours widely abroad. In his most recent pieces, which see him work more closely than before with other performers, he deliberately plays with the dramaturgy, production form and directorial resources of the theatre to cross the boundary between the stage and the audience space. “Made in Paradise” (2008), developed with Omar Ghayatt and Nicole Borgeat; “Please, Continue (Hamlet)” (2011), created with Roger Bernat; “Sound of Music” (2015), supported by Nicolas Cilins; and “Actions” (2016), a piece of documentary theatre on the refugee crisis developed by Yan Duyvendak, Nicolas Cilins and Nataly Sugnaux, also have a political dimension and call on their audience to take a stand.

“Yan Duyvendak’s artistic education takes him along the course of the Rhône, from the foot of the mountains in Valais to the shores of Lake Geneva. From his very earliest works, the landscape through which he travels begins to widen, and soon his creations are all over Europe – even crossing the linguistic boundaries of Switzerland. Each of his performances explores a new system, disrupts a different situation. Yan Duyvendak interrogates the everyday and the topical, supplying us with a new set of tools for observation, codes and spaces. From time to time, he immerses himself once gain in a flow of images and sounds, transforming his own gesturality and confronting all kinds of media on the stage.”