DA MOTUS!’s “souffle” was the product of an extraordinary collaboration between the Fribourg Chamber Choir Zeugma and Fribourg-based composer Caroline Charrière in 2013. Its topic is breath: not only the basis of two modes of expression – dance and song – but also fundamental to human life itself. On this basis, Brigitte Meuwly and Antonio crafted a choreography in which the dancers move their bodies into a symbolic journey of life. Dance and music work together in osmosis, counterpoint and complicity; bodies and voices are attracted and repelled, they exchange with each other – until the last gasp. 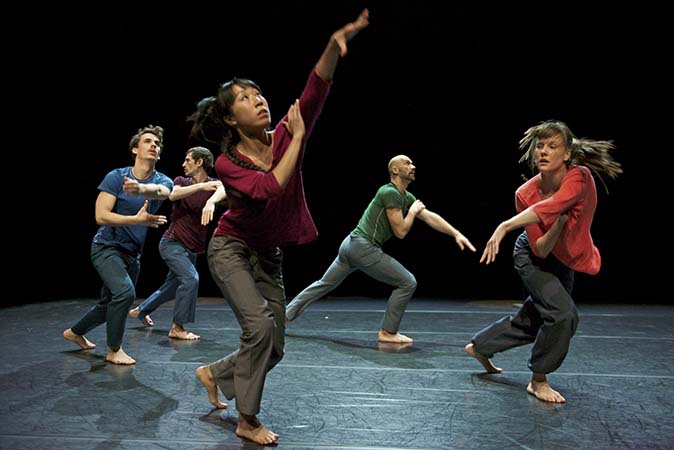 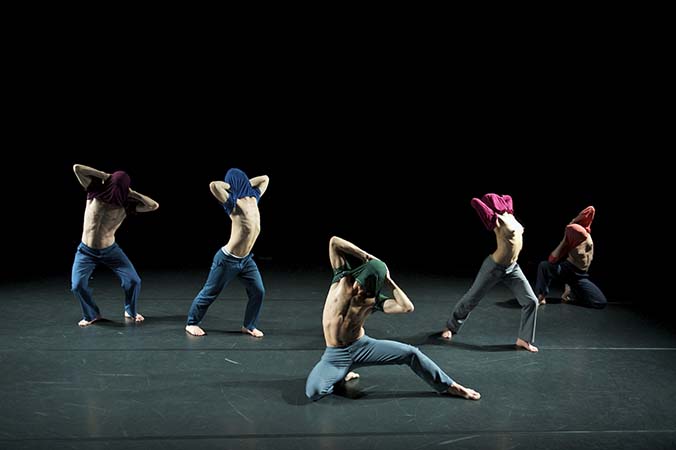 “A striking, exquisitely composed choreographic work that embodies both the lightness and transience of being and the existential awareness of a great shared movement in breath, voice and dance. A captivating magic runs through this choreographic and musical production, imbued with a sensitive dance quality. ‘souffle’ perhaps symbolises and stands for the many years Brigitte Meuwly and Antonio Bühler have spent working together, for their inexhaustibility. DA MOTUS! is highly admired internationally as a company that again and again opens up new and original gateways to dance, especially with its outdoor projects.”

DA MOTUS! (da! = give, offer! / motus = movement) was founded in 1987 by Antonio Bühler and Brigitte Meuwly. They received their initiation into choreography in New York in the early 1980s as they discovered the improvisation and composition of Alwin Nikolais and Simone Forti. Their choreographic work, always created with the dancers’ collaboration, is characterised by an instinctive, sensitive approach to movement and a striving for powerful physicality and presence. It is an exploration of both the creative process and the artistic perception. DA MOTUS! received the Canton of Fribourg culture award in 2014.